A user recently wrote in and asked if we could please "not center the [Carmen] story so much on its Catholic background."

As it so happens, Carmen is my favorite girl's name. I absolutely adore this name. Its combination of strength and beauty is (to me) in a category all by itself. As it also so happens, I am a self-described "recovering Catholic." So one might assume Catholic names aren't my thing. The truth of the matter is that all names are my thing.

I'm a storyteller. It's my job to find the things core to a name's origin, history and survival. Compressing this information into roughly 175 words is no easy task. There’s always a reason why a name came to be and why it not only survived, but thrived… and that’s the story we aim to tell.

Carmen is a Spanish modification of the name Carmel with reference to Our Lady of Mount Carmel (one of many epithets given to Mary).

So what's Carmel all about? Carmel is a place name in modern day Haifa, northern Israel (the name comes from the Hebrew karmel meaning "garden" owing to the region's fertile land). It just so happened that Mt. Carmel was populated by very early Christian hermits, the forerunners of the Carmelite order of monks. And it also just so happened that these hermits honored Mary, Mother of Jesus, as their protectress and patron saint.

Some time later, the Carmelites were displaced, scattered around Europe, after the Muslims gained control of the Holy Lands. In the 13th century, Mary appeared before one of the Carmelite monks in England. She handed him a brown garment, promising salvation to those wearing it at their death. This vision came to be known as “Our Lady of Carmel.”

There is a special idolatry of Mary in the Spanish culture (and, to a slightly lesser extent, Italians and Portuguese, too). Place-names-turned-personal-names also originating from Mary apparitions include Lourdes, Fatima and Guadalupe.

At some point in the later Middle Ages, Carmel was changed to "Carmen" by the Spanish in order to associate the name with the Latin carmen "song, poem" (incidentally, it is also the Latin root behind the English word "charm"). How lovely!

Yes it's true. Medieval Spanish Catholics "invented" Carmen for their own beautiful reasons – had this event not occurred in history – we wouldn’t be using this name today. Catholics and non-Catholics alike.

Fast forward to the 19th century. French dramatist Prosper Mérimée wrote a novella Carmen (1845) which in turn inspired Georges Bizet’s opera, “Carmen” (1875) set in Seville, Spain. The title character Carmen is the opera's classic femme-fatale and dramatically tragic heroine who shocked opera-goers of the late 19th century. Today, this masterpiece is considered one of the greatest creative achievements in operatic history.

The name came to be regarded as more “cosmopolitan” after Bizet’s opera. It began to be used more widely.

There is so much beauty behind Carmen’s story even if you don’t follow the religious belief system of the folks who first brought it into circulation – it still comes from a place of love and devotion. It still has a beautiful meaning. And the opera (of all things!) gave her some street cred.

Carmen's story is one of my personal favorites. Carmen is literally a one-word poem.

It was just as described! Love it

I gave this to my son for his 1st Father’s Day. I absolutely loved it, and so did he!! Thanks! 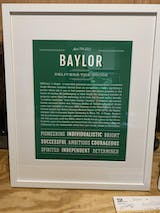 Really quite nice!!! Shipping was high though.

It was just as described! Love it

I gave this to my son for his 1st Father’s Day. I absolutely loved it, and so did he!! Thanks!

Really quite nice!!! Shipping was high though.